Why We Create Unnecessary Complexity 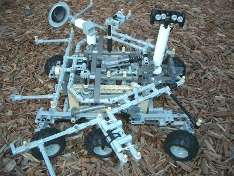 Q. What’s “unnecessary complexity?”
A. Any code that doesn’t need to be there, or that is more difficult to understand than necessary.

Your system might exhibit unnecessary complexity if it contains duplicate code, abstractions that aren’t needed, or convoluted algorithms. Unnecessary complexity permanently increases the cost to understand and maintain code. We create it for various reasons, most of which we can begin to eliminate.

Time pressure. “We just have to ship and move on–we don’t have time to make it look nice!” You’ll regret this sadly typical choice later (not even that much later) when everything takes longer. Learn to push back when you know short-term time-saving measures will cost everyone dearly later.

Lack of education. To create quality designs that you can maintain at low cost, you have to know what that looks like. Most novices have little clue about how they are degrading their system. The concepts of cohesion and coupling (or SRP and DIP) are essential, but most everything you can do to learn about good design will pay off. Consider starting by learning and living the concepts of Simple Design.

Existing complexity. The uglier your system is, the more likely that the average programmer will force-fit a solution into it and move on to the next thing. Long methods beget longer methods, and over-coupled systems beget more coupling. Incremental application of simple techniques (such as those in WELC) to get the codebase under control will ultimately pay off.

Premature Conjecture. “We might need a many-to-many relationship between customers and users down the road… let’s build it now.” Sometimes you never need to travel down that road. Even if you do, you pay for the complexity in the interim. Deferring the introduction of complexity usually increases the cost only marginally at the time when it’s actually required. When you choose the wrong unnecessary abstractions, it can significantly increase the cost to change to the right ones down the road.

Fear of changing code. “If it ain’t broke, don’t fix it.” Maybe we have the education we need, but we often resist using it. Why? Imagine you must add a new feature. You’ve found a similar feature implemented in a 200-line method. The new feature must be a little bit different–five lines worth of different code. The right thing would of course be to reuse the 195 lines of code that aren’t different.

But most developers blanch at the thought–that would mean making changes to the code that supports an existing feature, code  that many feel they shouldn’t touch. “If I break it, I’ll be asked why I was mucking with something that was already working.”

Good tests, of course, provide a means to minimize fear. In the absence of good tests, however, we tend to do the wrong things in the code. We duplicate the 200 lines and change the 5 we need, and make life a bit worse for everybody over time.